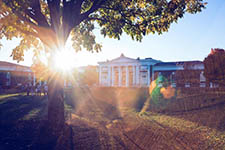 Six new interdisciplinary courses will be offered in spring. 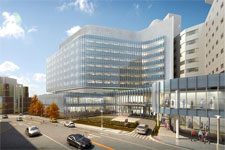 The expansion, started in June, 2016, will be one of the biggest projects the University Medical Center has ever undertaken.

The Frightfully Delightful History of Trick-or-Treating on the Lawn 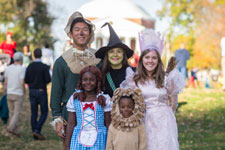 Trick-or-Treating on the Lawn is one of the year’s most anticipated community events at the University of Virginia.

Making a Difference: UVA Community is Giving Back in Wake of Natural Disasters 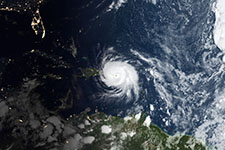 The UVA community is giving back in the wake of the United States’ most active hurricane season in 12 years. Four major hurricanes have battered the Western Hemisphere in the last six weeks alone.

Exhibit of Memorial to Enslaved Laborers on Display Friday 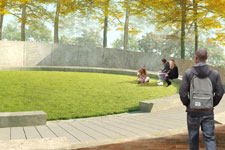 UVA’s Board of Visitors approved the design for the Memorial to Enslaved Laborers in June. It will commemorate the contributions of slaves who worked to build and sustain the University in its early years. 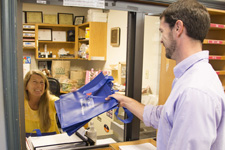 The stories and images coming out of Houston and other areas impacted by Hurricane Harvey have been harrowing, and for many in the University of Virginia community, have hit far too close to home.

The 10 Most Beautiful Universities in the US 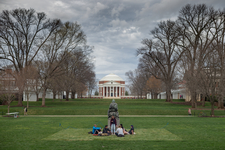 The University of Virginia is regarded as “the proudest achievement of American architecture in the past 200 years” by the American Institute of Architects – and for good reason. 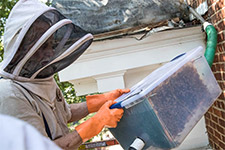 It was a bee round-up, with John Adams using a vacuum cleaner to wrangle thousands of bees. 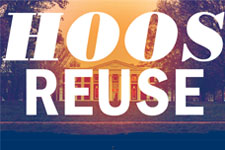 In May, UVA's “Hoos ReUse” campaign provided an opportunity for community and sustainability-minded students to donate possessions that would have otherwise ended up in the trash as they vacated their living quarters for summer. 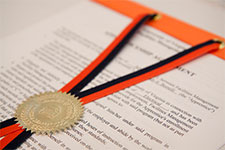 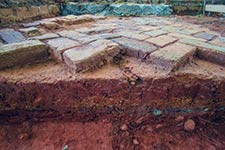 A section of the “Long Walk,” an historic pedestrian walkway running from the Rotunda to the Corner, is being unearthed and repaved. 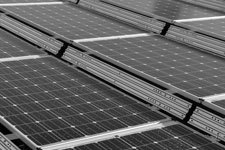 The University of Virginia continues to expand its portfolio of carbon-free power-generation sources and achieve key sustainability targets with another partnership announced today with Dominion Energy. 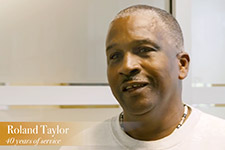 Meet some of the UVA employees who are being honored for their years of service. 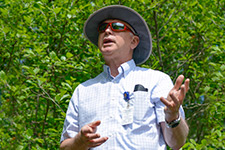 The Chesapeake Bay Foundation and UVA led a walking tour of the Dell Tuesday, May 16. 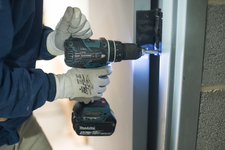 A Health and Safety Fair at UVA is giving construction workers the skills they need to stay safe on the job. 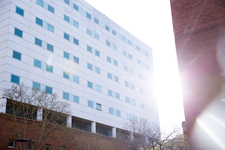 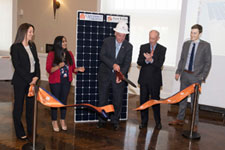 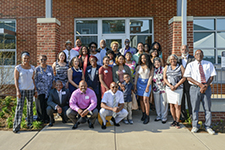 In the early part of the 1800s, an enslaved man named Peyton Skipwith quarried stone for the University of Virginia campus. On Thursday, he had a building named in his honor. 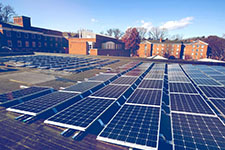 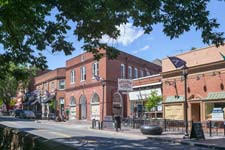 Students at the University of Virginia now have a new space to relax. The 1515 Student Center officially opened Thursday. 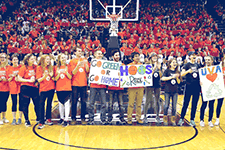 The University of Virginia has become the first ACC men’s basketball team to achieve “zero waste” during this year’s Game Day Challenge. 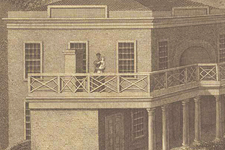 A team of designers are set to unveil their latest proposals for a memorial to the enslaved men and women who built and operated the University of Virginia for much of the 19th century. 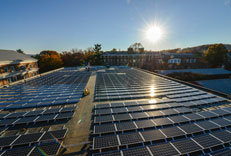 Solar arrays atop Ruffner Hall and the University Bookstore will produce renewable energy for the local power grid. 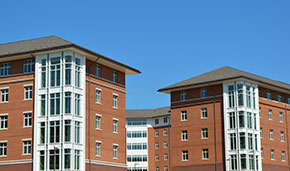 A city committee charged with reviewing designs for public spaces learned more about the university’s plans to redevelop land in the Ivy Road corridor. 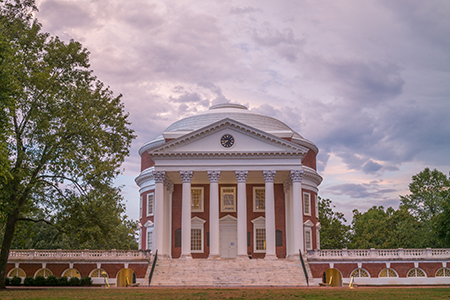 The classically styled Rotunda is the focal point of Thomas Jefferson's Academical Village.

The Top 10 Most Beautiful College Campuses 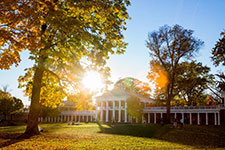 Some people are nostalgic remembering their college years and the youngest can’t wait to engage in this experience.